Review Of Book Mother Teresa Written By Navin chawla | Must read the Saint mother Teresa's life story which you have never heard of before. 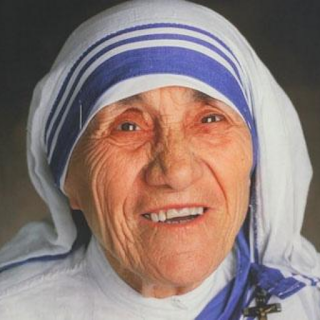 Mother is the other name of sacrifices, and she is known for the intense love she had for the poorest of the poor. Mother was awarded by thousands of awards. She was the first person who was not born in India, yet got India's most prestigious award, the Bharat Ratna and also the Padma Shri award.

Mother Teresa, a symbol of love, care and humanity, is known for her hard work that she did for the mankind. She was one of the most powerful woman in the world in her epoch, who had started to follow her passion at the age of just 12. She left her entire happy family at an early age. 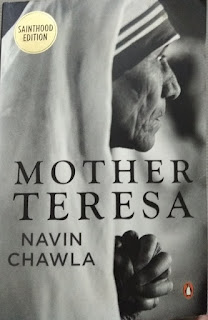 
She was the unique example of focus and determination and her love for Christ. She had started her mission for poor without having a single penny, and yet she succeeded to start her multinational missionary for homeless, poorest of the poor people who had been unwanted, who were suffering from TB, Leprosy, physically disabled.

At her early stage, Mother even had begged from others, not for herself, but for the sufferers. I felt so blessed that I got to read this book. She was such a humble personality. Everyone talks about only his or her country but Mother used to talk about the whole world. She was concerned about each and every person in the whole universe. She used to say that she would have even gone to the moon if she would find any poor there as well. This was the kind of focus and dedication she used to have.

The book is written by Navin Chawla and it is considered the most accurate biography of Mother Teresa. The author used to closely know Mother for 23 years. He spent 5 years for research on her life, especially in her work. Author was very clear about Mother’s life mission and principal and that is the reason he wrote this book so precisely.

This is the biography of world’s most admired women. The book starts with the childhood chapter of mother, which is known to very few people. She was from Skopje which became a part of Yugoslavia. Her family was townsmen engaged in business. Her father, Nicholas Bojaxhiu, was a building contractor. Her father was a member of town council who never used to refuse poor. She always used to describe that her family was a joyful one and very closely united, especially after her father’s death. She was very close to her mother and described her mother as very holy.

She was only seven when her father passed away leaving his widow and three children. She further explained how her mother started a small business to take care of her children. Her mother taught her to love God and to love neighbor. The Church became an important part of the family’s life. Mother and her sister began to participate in a number of parish activities. She used to visit the church library very frequently as she loved books.

Now the time came when at the age of only 12, she felt the desire to become a nun, and it was natural for her mother to oppose at first because mother was after all a 12 years child. Her family came to a contact of Father Jambrenkovic, who had started a society called Sodality, where mother came to know about Calcutta(now Kolkata).

Meanwhile, she started giving religious instruction to children and grew to love teaching. After 6 years, when mother was eighteen, she decided to leave her family and loved ones behind and become a missionary. Mother Teresa, then applied to the Loreto order in West Bengal, India. On 26th September 1928, she said good bye to her mother, her siblings, her relatives and friends of the Sodality Society. This was the last time that she saw her mother.

On 6th January 1929 she came to her destination Calcutta. On 16th January she was sent to Darjeeling (400 miles from Calcutta), where she finally began her life as a novice. She began to learn Bengali and on August 1931 she took her first vow.

Her novitiate completed and from then people used to call her as "Mother Teresa". She was sent to Loreto in the Calcutta. She remained there happily for seventeen years, first as a teacher and then as a principal.

In 1946 she decided to leave Loreto and serve the poor people. According to her, it was a direct communication from god. She made her first sacrifice when she left her family and her mother and now she made another sacrifice perhaps as big as the first, when she left Loreto. She had to take permissions from the Vatican itself so that she could be able to help the poors directly.

After so many conversations over letters and telegrams, she got the permission letter from Vatican in 1948 and that was the first time that she wore white and blue border saree. She had undertaken few months in nursing, dispensary and hospitals where she learnt to administer injections and to prescribe medicines.

She started her first work for slum in Motijhil in Calcutta. There were no schools, no dispensaries and sewage flowed into open drains. When she started her mission, she was all alone with no money, no support. She requested the slum people to send their children to her for schooling and on her second day she found 5 children waiting for her but there were no buildings, no class rooms, and she didn't have money to even buy a black board, so she started teaching them under a tree.

She took stick as a marker and ground as a board. Initially, she started to beg and during that phase she did not receive blessings, but got first class abuse. Very soon, in spite of these many struggles, she finally started Shishu bhavan(school for poor children) for unwanted children, Nirmal Hriday, dispensaries(places for leprosies). Her missionary started growing worldwide.

After all her efforts, she saved thousands of children, patients, women, adopted so many unwanted children and gradually she became the most powerful woman yet unaffected. The president of India, the President of the United States and her friend Jyoti Basu(chief minister of West Bengal at that time), used to send her telegrams. King and queen of Belgium went specially to see her.

She got many prestigious awards like Padma Shree, Bharat Ratna, Nobel Prize and many more. With 4000 plus nuns, she created a multinational enterprise which gives free services to the poorest of the poor. 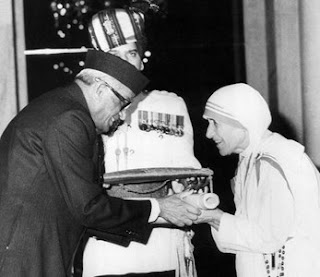 
By the time she died in 1997, her mission had established 594 houses in 120 countries. Immediately after her death, there was world wide clamor for her to be declared a saint.

For the very first time dispensation from the rule of waiting for the mandatory five years after death, for the process of enquiry and investigation began, and this was the fastest case of canonization in recent centuries. This is how she entered into the world of sainthood and world will always remember this Saint.

All the Nobel things she has done but people still questions that is Mother Teresa a saint?

I would just say if mother Teresa is not saint then no one could be a saint.

I am really thankful to Navin Chawla who wrote Mother Teresa Biography and because of him I am able to know so much about  mother.

Things I liked about this book:

The excellent research work done by author about her life. In fact the most detailed version.
He has presented all the sides, he has also discussed the criticism about Mother Teresa and also presented Mother’s stand on those criticisms.

So many old and rare photographs and letters of mother are also there in the book.
Book focuses on the mother’s struggle, determination and the great work done by her.

Things I disliked about this book:

There are few repetitions at the end of the book which could had been easily removed.
There were few misprinting in it but those could be neglected.

Purpose to read this book:

My purpose was very clear that I wanted to closely see the world’s most selfless person’s life, her struggle and her determination to make the impossible thing possible. If you really wish the same then do read this book. 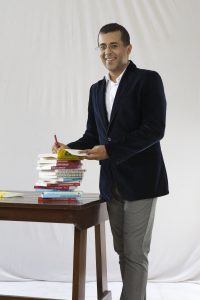